Today, I want to focus more on the design side of things than the playing.  I have a couple of big pieces of news and I wanted to share them with you, my gentle and kindly readers.  I am pretty excited about them and hopefully you will be too. 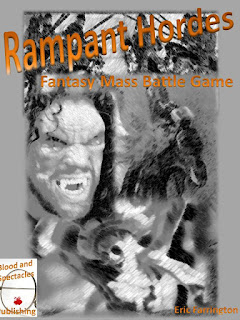 The first announcement is that Rampant Hordes is now available on the Wargames Vault for purchase.  After reading Daniel Mersey’s DuxBellorum and Lion/Dragon Rampant I always hoped he would go back and mash the two up for a Fantasy Mass Battles game.  Instead, he created something completely different with The Men WhoWould Be Kings and Pikeman’sLament.  Fair play to him and that forced me to get off my backside and do my own dirty work for a change.

Rampant Hordes is inspired by Dan’s works regarding Leadership Points as a command resource, generic units augmented by Fantasy traits, and being a scale/model agnostic rules system.  Plus, I peppered in some of my own not-so secret sauce.  You know I find Innovation to be over-rated anyway.  It also took some ideas from other works such as Warmaster, Warmaster Ancients, Hail Caesar, Sword and Spear, Swordpoint, and good old DBA/DBM.

Rampant Hordes is intended to scratch the itch that 3mm-15mm Fantasy Mass Battle itch.  The mechanics are relatively simple and straight forward.  Measurements and terrain are fairly abstract to fit a variety of battlefields from green, rolling fields, to the volcanic slopes of Mt. Ing Dredd.  Combat resolution is quick and easy with pushback mechanics moving the battle line to and fro.  In addition, you use Command Points as a resource to activate special orders, buff your troops, and keep them in the fight.  Generic units are augmented by fantasy traits to give them their own unique flavor.  Lastly, there is a battle generator and campaign to go with the game.  I find it much more fun to link a series of battles together.

If you give the game a try, feel free to discuss it in our Messageboard.  I would love to hear about your adventures and travails. 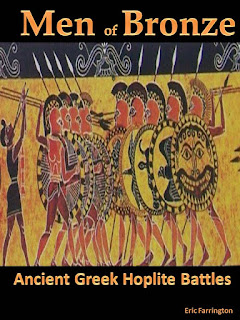 The astute observer will notice that two other Wargames works are no longer available on the blog.  The two works in question are Menof Bronze: Ancient Greek Hoplite Battles and Heirs to Empire: Wars of the Diadochi.  Both of these games were finished works.  Other astute observers will probably also notice that typically, works in the completed state that do not rely on other people’s IP typically go to the WargamesVault however neither of these works are there.  What’s up with that? 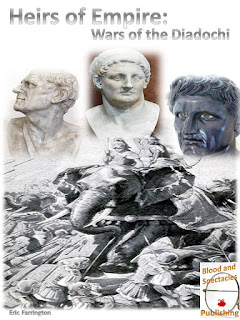 Well, I am delighted to announce that both of these works are slated for potential release by Osprey Games.  Due to their publishing schedule it most likely will not publish until late 2019 for Men of Bronze and late 2020 for Heirs to Empire.  It may seem like a long time, but I am thankful for the delay as I must procure, paint and photograph a large number of Greek Hoplites, Macedonian Phalangites, and other fun tidbits prior to publication.  I will need that time to get all of that together and photographed to a high-standard.  I guess these Iphone photos in my basement of paper templates just won’t do! 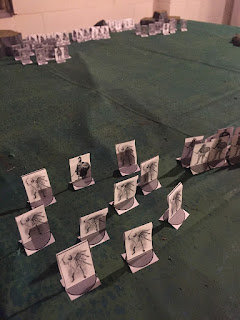 That wraps up the big news for today.  If you managed to snag a copy of these rules before I removed them from the Blog feel free to drop my some comments or feedback on the Messageboard.  If you have high-quality photographs of Greeks fighting Greeks that you are willing to give-up the rights to and see published drop me a comment there too. 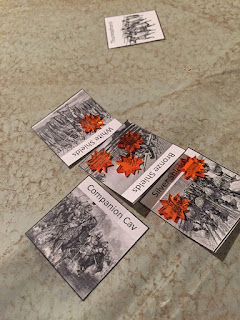 Thanks for all of your support and help on this journey.  As I get closer to the big day, I will probably post again about the process and a few insights gleaned here and there.
Posted by Blood and Spectacles Publishing at 1:24 AM