Wargame Design: Getting Started on Making Your Game

If you read the reading the sub-heading of the blog this is suppose to be a blog about playing and designing wargames. Lately, there has been a lot of content about playing wargames, but not a lot about designing them. Therefore, I figured it might be fun to walk-through the steps I take to design a new game. You can read along and hopefully glean some ideas and insight into the process. 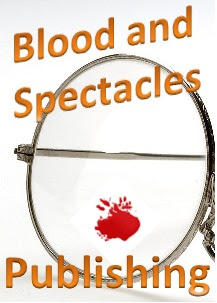 The Concept
Many times, people will ask how a designer starts. They want to know if you start by writing background (fluff) or mechanics. Neither. For me, all my wargaming projects start with a very simple concept. Essentially, it is what I want the game to be about in a sentence or two. At this stage, they are only the briefest idea of what I want the game to represent.

As you can see, it is really quick and easy to come up with a concept. I have hundreds of them. The hard part is choosing which concept you are going to explore and which ones have to sit on the shelf. 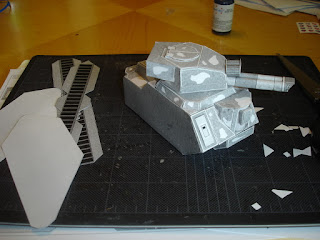 Design Goals
Once you have a general idea of the concept, you need some time to think about what exactly you are going to try to do with the game. What are you trying to accomplish on the tabletop or with the playing experience. I always assume that there are tons of other games with the same concept as mine, so why why would someone be interested in my take on the same subject? What are the things I am going to design into the game to make it stand-out? Often times, it the game doesn't have enough to even keep me hooked at this stage the concept goes back on the shelf to be re-thought later.

When I think about a game about Dinosaurs fighting here are some of the design goals I would include:

These goals would be different based on the game I am trying to design. For contrast, let's look at some potential design goals for a game about the Punic War between Rome and Carthage:

Just by reading the goals of these two games, you can immediately see how different they would be to play. It would be exceedingly difficult to try to use the same mechanics to accomplish the goals in these two systems.

When thinking of your design goals, it is important to think through your concept and what it is capable of sustaining. For example, if you think through our two concepts of Dinosaur fighting game and the Punic War; does it make sense for the Dinosaur fighting game to be a mass battles game? Does it make sense for a game of the Punic War to be model-vs-model game? Not really. The design goals are the guidelines and guard rails for your creativity and ideas to make sure your game will stick together.

Many people try to skip this section and go straight from concept and into mechanics. This leads to a disjointed rules set without a clear, tight focus on what it wants to accomplish. These games are not fun to play as they try to be all things to all people and invariable end up with IfThis/Then That rules.  However, now that I have the guard rails for my project, it allows me to move into the next stage of developing a concept into a game. 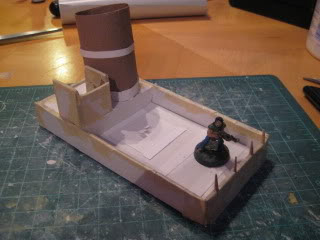 Research
Once I know my concept, my guidelines, a rough idea of what I want to accomplish, and some idea about what will make my concept unique; I turn to my bookcase, library, and the internet. If your game is Historical; you must learn some of the basics of the period. You need to know what units did what and against who in the past. You need to understand how the units interacted, what they were good at, and what they were not good at. You need to understand how they were used in actually engagements.

Even non-historical works can benefit from some basic research on how similar combat worked in the past. For example, a Sci-fi setting with slow firing energy weapons could benefit from understanding how slow firing firearms were used by humans in our world.

In addition to historical research, the most important research is to turn to your tool box of games. Every designer should have a good knowledge of mechanics learned by reading, playing, and writing about games. Read to understand how other designers dealt with the goals and guidelines that you yourself are facing. Start a list of ideas you like to pull inspiration from it. Too many designers are too focused on being innovative. Innovation is over-rated!

Take your list of mechanics and go back and compare them to your historical notes and your design goals. Do any of them fit what you are trying to accomplish? Jot them down next to the goals or notes. You are starting to build a skeleton to fill in the 4Ms.

At this stage of the process, I also like to take a look at what is available for public domain artwork and images. I tend to put together a few slides of these images to create a gallery to plug and play once I start writing. I also find it motivating to create a cover and title at this stage. Normally, I would say this is too soon, but it works for me!

As this series of articles progresses, let's follow along while I try to design a game based around the concept of Dinosaur Fighting. For my research and inspiration I looked at the following games: 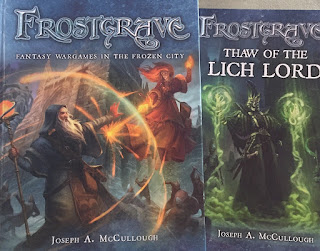 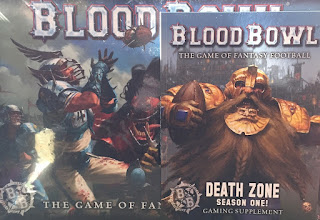 I am sure there were other skirmish games I looked at too, Those are the ones that came to me top of mind. I jotted down some notes and ideas from each in a free flowing notebook of ideas. With that done, I am ready to move onto the next stage of finalizing the 4Ms.

Next time, I will continue to share the journey with this game and walk through the process.
Posted by Blood and Spectacles Publishing at 2:47 AM